Section 1. Name. The name of this organization is THE MIAMI BEACH BAR ASSOCIATION, INC. (“Association”)

Section 2. Principal Office. The principal office for the transaction of business of the Association shall be at such address in the County of Miami-Dade, State of Florida, as may be fixed from time to time by the Board of Directors (“the Board”).

Section 3. Conduction of Business. When any proposal, motion, or act of the Association requires a vote to pass, it shall be understood that it is a majority vote. Quorums for such voting vary as described in the appropriate section herein.

Section 4. Origin and Mission Statement. The Association was formed in 1946 as a not-for-profit organization, founded by a group of Miami Beach attorneys with attorney and philanthropist Baron De Hirsch Meyer as its first President. The Association’s mission is to promote respect for the law and the justice system through service to the community and to the legal profession, while encouraging collegiality among and providing Continuing Legal Education (CLE) to our members through monthly seminars, luncheons, and other activities and events.

Section 1. Regular Members. Any member in good standing of The Florida Bar, including judges, shall be eligible for regular membership. Only Regular Members shall have the right to serve as Directors, hold Office, or vote in the affairs of the Association. Associate Members may request that the Board allow her or him to run for and hold a Directorship or Office. By unanimous vote of the Board, one (1) Associate Member may be allowed to run for said positions in any given year. Thereafter, that individual may run again for any Directorship or Office without Board approval.

Section 2. Honorary Members. Honorary Members shall be attorneys in good standing of her or his respective mandatory bar and elected as such by unanimous vote of the Board. They shall pay no dues.

Section 3. Associate Members. Associate Members shall be such attorneys who are authorized or licensed to practice law in, and are a member in good standing in the mandatory bar of, another State or country, but are not members of the Florida Bar.

Section 5. Admission for Membership. Any person desiring to become a member shall submit a written application on a form and with the dues prescribed by the Board.

Section 6. Suspension or Termination of Membership.

Section 1. Establishment of Dues. Annual dues for regular members, associate members, and affiliate members, shall be fixed by the Board from time to time by vote.

Section 2. Payment and Waiver of Dues.

Section 1. Annual Meeting. The Association shall hold an annual meeting of its members and guests in the County of Miami-Dade, State of Florida, in the month of December of each year, the date to be fixed by the Board. In addition to other business, at that meeting there shall be an installation of those Officers and Directors of the Board elected by the Regular Membership. A Quorum to conduct the annual meeting shall consist of 30% of the Regular Members as determined from the current roster prior to the meeting. A quorum is not required to conduct the installation ceremony.

Section 2. Regular Meetings. Regular meetings shall be held at times to be determined by the Board, and when so fixed and made known to the membership, no special notice of the purpose of such meeting shall be required. A Quorum to conduct regular meetings shall consist of 20% of the Regular Members, as determined from the current roster no more than thirty (30) days prior to the meeting.

Section 3. Special Meetings. Special meetings may be called by the President or upon the request by a vote of the Board, after written notice of not less than five (5) days. Each notice of a Special Meeting shall state the purpose of such meeting.

Section 1. Election of Officers. The Regular Members in good standing shall elect annually a President-Elect, who shall become President as of January 1st of the year following the term as President-Elect. In addition, the members shall elect at least one (1) First Vice President, and may elect a Second, and even a Third Vice President, and also a Secretary, a Treasurer, and an Historian, as well as members to the Board, the latter not to exceed sixteen (16) in number. All such persons shall be elected for a one (1) year term commencing January 1st of the year following her or his election. No member shall be eligible to serve as an Officer without first having served at least one (1) year as a Director within the immediate three (3) years preceding the year in which the member seeks to serve as Officer, and chaired at last one (1) committee. If an Office or Directorship only has one nominee, as determined by the Nominating Committee, that nominee shall be appointed to that Office by the Board to serve as described above.

Section 7. Duties of the Secretary. The Secretary shall keep an accurate written record of all meetings of the Miami Beach Bar Association and of the Board, be responsible for maintaining the permanent files of the Association, and shall Chair the Newsletter Committee, if convened by the President, and oversee its publication, if any is promulgated.

Section 9. Duties of the Historian. The Historian shall be responsible for collecting, maintaining and preserving any photographs, videos, digital media, published articles, and any other records reflecting the activities of the Association and its membership.

Section 10. Vacancies of Offices. Any vacancies of any elected Office, except as may be otherwise herein provided, shall be filled by the Board. Any such person selected by the Board, shall hold office until December 31st of the year in which the vacancy occurred.

ARTICLE VI: BOARD OF DIRECTORS

Section 1. Election and Composition of the Board; Quorum for same.

Section 2. Terms of Office. The term of office of those elected as Directors shall be one (1) year. The Directors shall take office on January 1st of the calendar year following her or his election. No Member shall be eligible to serve as a Director without having first served on a Standing Committee within the three (3) years immediately preceding the year in which the member seeks to serve as a Director.

Section 4. Vacancies on the Board.

Section 2. Ad Hoc Committees. The President may create any ad hoc committee she or he deems necessary for the conduction of the Association’s affairs, and shall appoint its Chair and members.

Section 2. Statements by Other Members. Any member who, when making a public utterance, permits himself to be identified as having an official connection with the Association or one of its committees, shall, if the policy of the Association on the subject matter of the utterance has been determined by the Board, fairly state that policy and, if he or she expresses views at variance with it, clearly identify the variances as her or his personal views only. If there has not been or if the member has no knowledge of any such policy determination, the member shall nevertheless identify the utterance as her or his personal view.

ARTICLE X: AMENDMENT OF THESE BY-LAWS

These By-Laws may be changed only in the following manner:

Section 1. Composition of the By-Laws Amendment Committee. The President shall appoint a By- Laws Committee consisting of three (3) Non-Affiliate Members, chaired by the President-Elect, whose duty and responsibility it shall be to review the existing By-Laws of this Association and make recommendations to the Board as to the need for any revision or amendment. This Committee shall be appointed at least every five (5) years. The Board shall act on any proposal submitted to it by the By- Laws Committee in accordance with the provisions of this Article.

Section 2. Proposals for Amendment. Any Regular Member in good standing may submit a proposal for amendment to either repeal, rescind, alter, or amend these By-Laws. Such proposal must first be in writing and presented to the President. The President shall not await the five-year review period, and shall immediately appoint a By-Laws Committee, consisting and functioning as described above in Section 1.

Section 4. Additional Proposals, Voting Requirements, & Effective Date. Thereafter each such additional proposal for amendment shall be submitted to the Board by the same procedure described in Section 3 hereof, and to the Regular Members at the next regular meeting and shall be voted on separately, in person, or virtually by other media. When approved by a vote of the members at such meeting, provided there is a quorum of at least twenty percent (20%) of Regular Members in attendance at such meeting, each approved proposal shall become effective immediately.

Section 1. Votes by a Member with a Conflict of Interest are Void. It is the policy of the Association that no member shall vote upon any matter coming before a meeting of the Association, the Board, or any Committee, if that member has any substantial or significant interest, financial or otherwise, direct or indirect, in the outcome, such that the person cannot fairly be said to be disinterested and able to act in the best interest of the Association. The member shall disclose this interest or connection; regardless, even if discovered and reported to the Board otherwise, any vote of any member cast contrary to the terms or spirit of this By-Law shall be void and the tally of the vote will be taken as if she or he had not voted.

Section 2. Members’ Duty to Disclose. It shall be the duty and obligation of such member to disclose any such conflict of interest before participation in debate or deliberation on any such issue or matter, even if the member does not intend to cast a vote; so that other members participating in the deliberations shall be aware of that member’s interest.

Section 3. Prohibition against Commercial Dealings without Disclosure. Without prior full disclosure of her or his interests and connections to any transaction to, and authorization by, the Board, no member shall, directly or indirectly, or through any entity, family member, or intermediary purchase, rent, lease, contract, or sell any realty, merchandise, or service to, from, by, or with the Association.

The fiscal year of this Association shall be the calendar year. 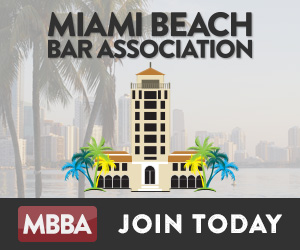 Please send us an email and we'll get back to you, asap!